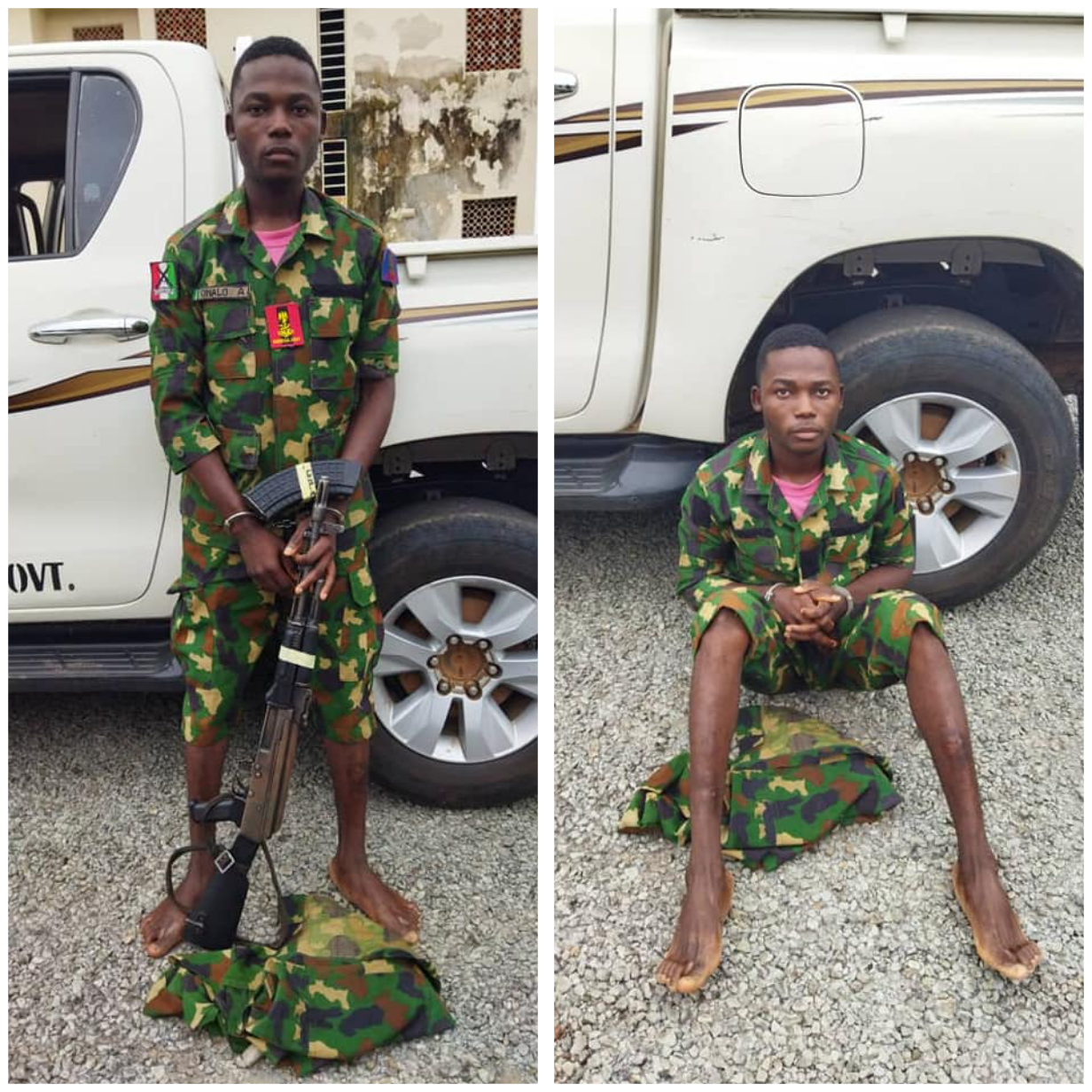 The Nasarawa Police Command has arrested a fake military officer who has been oppressing residents of Karu and Lafia local government areas of the state.

The State Commissioner of Police, CP Adesina Soyemi, disclosed this on Friday, September 17, in Lafia while parading the suspect alongside 60 other suspected criminals.

According to the CP, the suspect, Timothy Emmanuel, who is an indigene of Plateau State had been on the watch list of the Police.

He was said to have been apprehended with an AK-49 rifle and two magazines while travelling along the B.A.D Road in a vehicle suspected to have been stolen.

“On 12/9/2021 at about 1900hrs, one Timothy Emmanuel `M` 28yrs of Bakin Chiyawa village, Quanpan LGA of Plateau State was intercepted along B.A.D road, Lafia wearing Military camouflage in possession of AK49 rifle with two magazines and driving a black Toyota Corolla vehicle with registration number ABUJA BWR 973 CD suspected to be a stolen vehicle,” the…