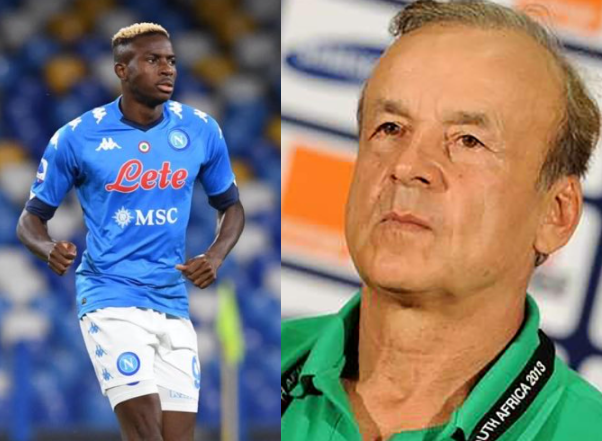 Super Eagles of Nigeria coach, Gernot Rohr, has hailed Victor Osimhen for his tremendous progress football, while noting that the Napoli striker is not yet world-class.

Osimhen opened his account for the season with a brace against Leicester City in a Europa League group stage match in England on Thursday night.

“Victor is currently one of the best strikers in Europe, but not yet in the world,” Rohr told Tuttomercatoweb.com. “Osimhen is young, ambitious and very motivated.”

“I think he has what it takes to become a great striker, one of the best ever. But he still has to grow.” Rohr added.

The Franco-German coach also said that he is happy to have him in the Super Eagles squad.

“We are very happy with him. Osimhen has made the whole process of the youth teams, already scoring important goals with the senior national team despite his young age,” he remarked.

“Our attack is certainly in good hands, also thanks to Victor.”

He went on to…