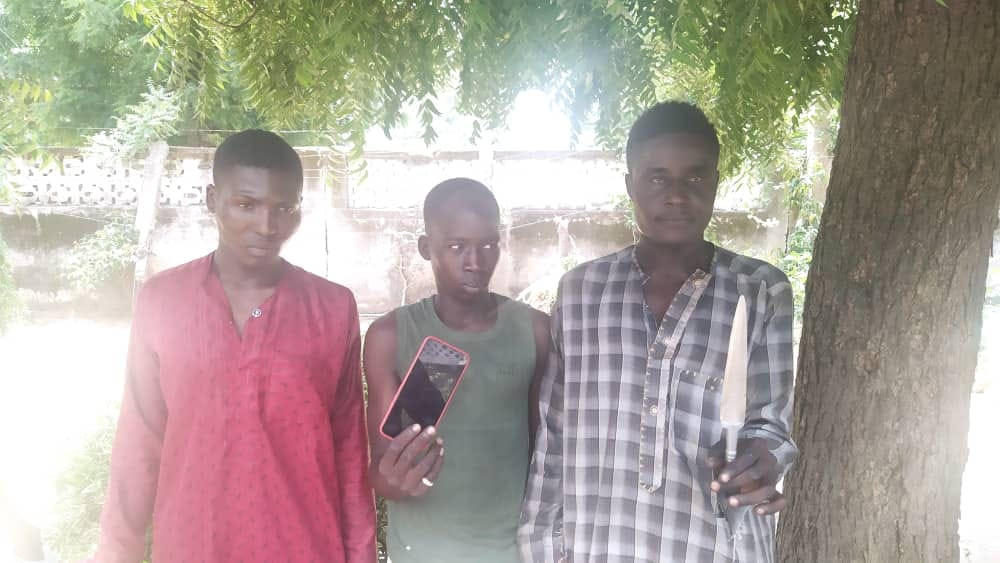 The Kano State Police Command has arrested three suspects who stabbed one Mohammed Sulaiman to death and made away with his mobile phone.

Spokesperson of the command, DSP DSP Abdullahi Haruna Kiyawa, in a statement on Monday, September 20, said the suspected phone snatchers were arrested for “armed robbery and culpable homicide”

“On the 19/09/2021 at about 2300 hours, a report was received that some hoodlums attacked one Mohammed Sulaiman, ‘m’, of Sharada Quarters Kano at Yahaya Gusau Street Sharada, stabbed him with a knife and robbed him of his Mobile Phone,” Kiyawa stated.

“The victim was immediately rushed to Murtala Mohammed Specialist Hospital Kano, where he was confirmed dead. On the same date, another report was received at about 2320 hours, that hoodlums attacked one Kingsley Sunday, ‘m’, of Panshekara Quarters, Kano, stabbed him with a knife on his…