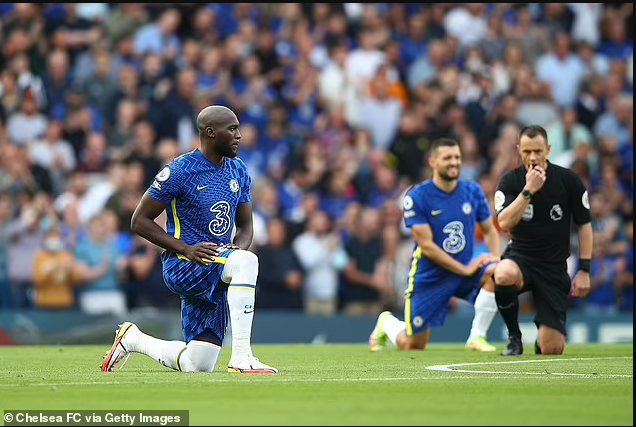 Chelsea striker, Romelu Lukaku is the latest Premier League star to question whether taking the knee is having a strong impact in the fight against racism.

Ahead of the current campaign, Premier League players agreed to continue making the gesture in the continued fight against racism.

So far, Wilfried Zaha and Ivan Toney have stopped taking the knee.

Crystal Palace winger Zaha branded the act as ‘degrading’ earlier this year, while Brentford striker Toney said players were being ‘used as puppets’ in being asked to take a knee.

Speaking to CNN, the Chelsea striker said: ‘I think we can take stronger positions, basically. Yes, we are taking the knee, but in the end, everybody’s clapping but… sometimes after the game, you see another insult.’

Lukaku believes players must come together to take on huge online platforms such as Twitter and Instagram.