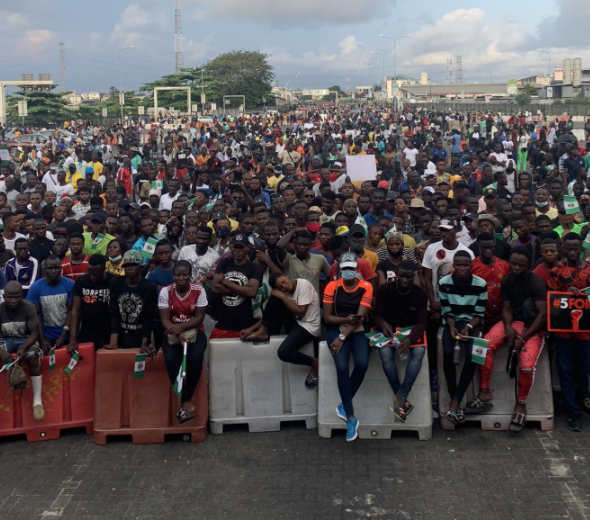 The UK-based forensic and ballistic company, hired by the Lagos State government to investigate the shooting incident at the Lekki Tollgate, has said that live military-grade ammunition were not fired at protesters on the night of October 20, 2020.

The UK-based company, Oxygene Consulting UK Ltd, represented by its Executive Director, Dieye Willie-Harry, gave the report on Tuesday, September 28, via zoom during the proceedings of the Lagos State Judicial Restitution for Victims of #EndSARS Related Abuses and Other Matters Panel investigating police brutality.

He said: “We have not viewed any footage, which definitively shows a muzzle aimed towards any individual and at the same time being fired with the effect thereof, but what we can freely assess was that no live bullet was fired.”

He added: “However, given the injuries sustained from 21:00 hours and further, we believe that live and military-grade ammunition were fired at some point by persons…