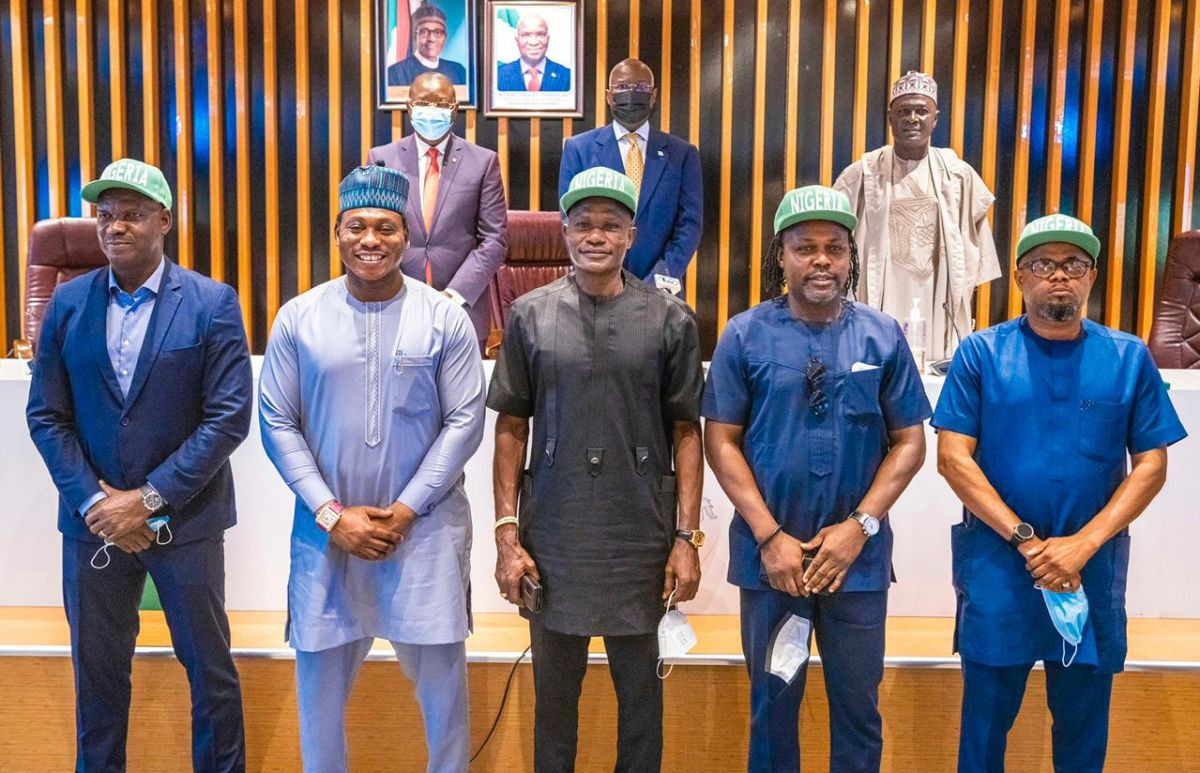 Members of the Super Eagles squad of 1994 that won the Nations cup that year, paid courtesy visits to the Minister of Works and Housing, Mr Babatunde Raji Fashola and the Minister of Youth and Sports Development, Mr Sunday Dare, on Thursday, September 30, in appreciation of the Federal Government’s fulfillment of promises made to them for winning the 1994 Africa Cup of Nations in Tunisia.

In 1994, the Super Eagles made their maiden appearance at the FIFA senior World Cup finals in the United States of America after emerging winners of the Nations cup a few months earlier in Tunisia and the the Sani Abacha led Federal Government promised house rewards for the players and officials of the team including landed properties, a promise that had remained largely unfulfilled until now.

Earlier this year the Buhari led government announcement it will be keeping to those promises.

Represented by the stand in captain of the team Augustine Eguavoen, Alloy Agu, Victor Ikpeba,…