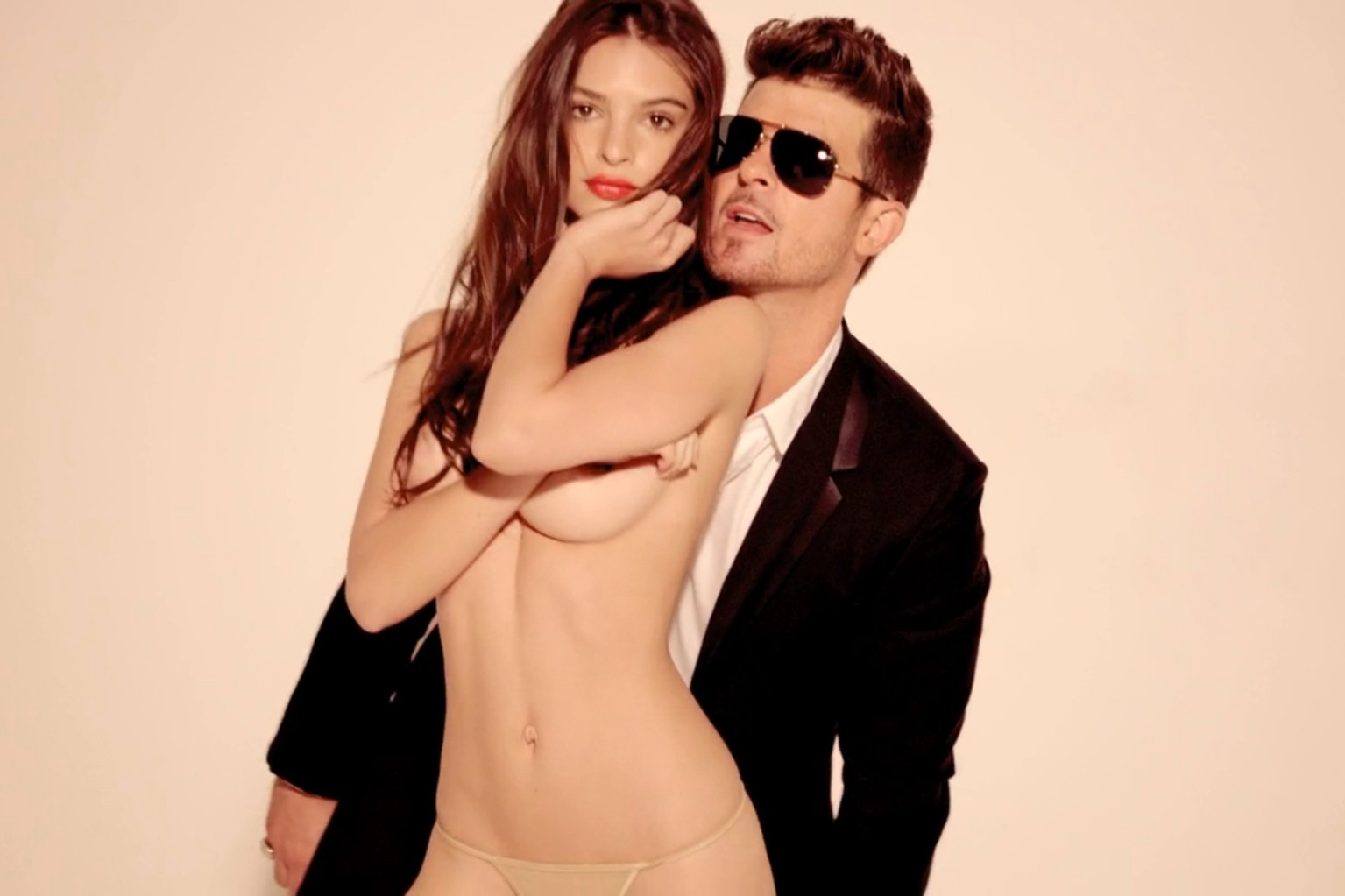 Supermodel Emily Ratajkowski has alleged that singer Robin Thicke fondled her bare boobs while filming ‘blurred lines’ video, one of the hit songs that brought him international fame.

Sunday Times of London reported that Ratajkowski made the claim in her new book which will be released next month. The song and sexy video, including a raunchy web-only version, became a major hit around the world.

Ratajkowski who was one of three models who appeared in various states of undress in the video which also starred singer Pharrell Williams and rapper TI, wrote;

“Suddenly, out of nowhere, I felt the coolness and foreignness of a stranger’s hands cupping my bare breasts from behind. I instinctively moved away, looking back at Robin Thicke.”

The model said she initially enjoyed the shoot, but then Thicke, apparently drunk, allegedly began to behave boorishly.

“He smiled a goofy grin and stumbled backward, his eyes concealed behind his sunglasses. My…