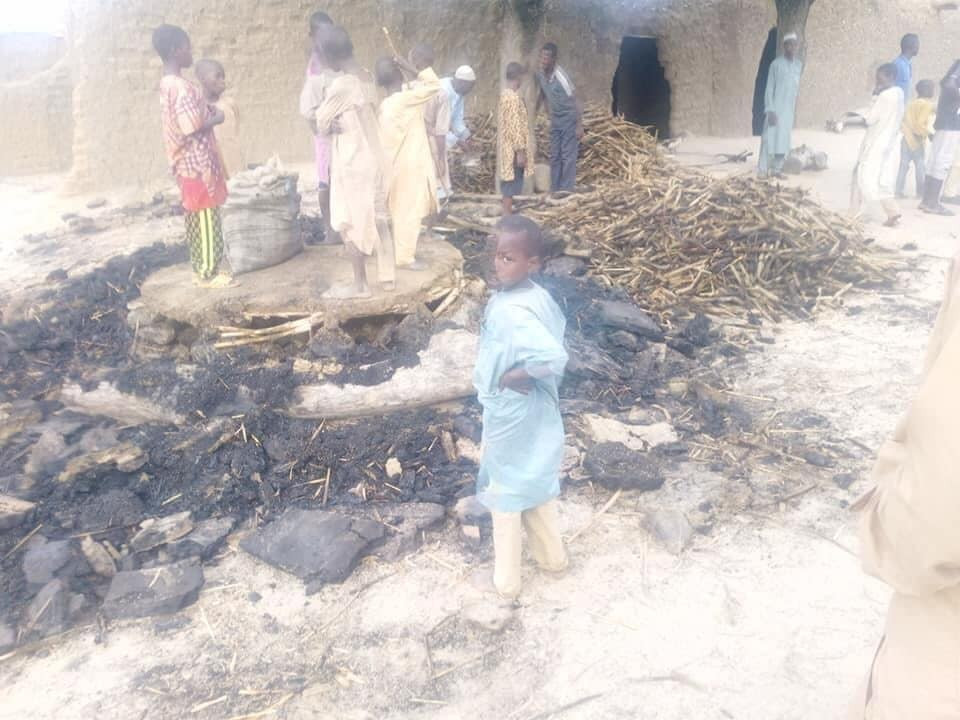 The bandits armed with sophisticated weapons, invaded the village on motorcycles at about 6.30pm on Tuesday, October 5, and opened fire on the worshippers who were observing Magrib prayer.

The gunmen looted several houses in the village and stole money, phones, clothes, foodstuff and other personal items.

The bandits were said to have also rustled several domestic animals after they had set ablaze scores of houses and food barns.

Residents said that the bandits operated for several hours before they left the village because the telecommunication shutdown in the council prevented residents from seeking early assistance from security agencies.

A resident, who pleaded anonymity, told Daily Trust that the attackers came despite the ongoing military and police offensive.