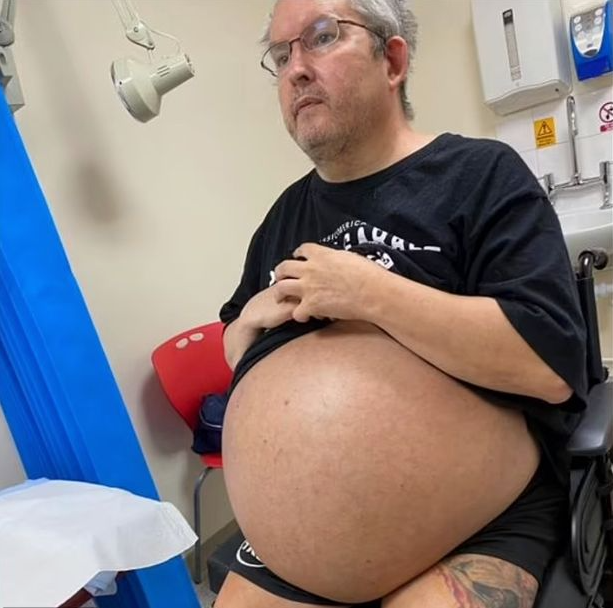 A man who was left partly paralysed due to his “record-breaking” kidneys has had life-saving surgery to get them removed.

Warren Higgs, 52, from Windsor in England, had polycystic kidney disease (PKD), which meant his kidneys continued to grow to the point where they weighed 45 kilos, Berkshire Live reports.

The condition left him largely immobile and in constant pain, while he was also paralysed down one side after suffering three strokes.

His kidneys grew so large they were beginning to crush his heart, lungs and stomach, so he had to undergo surgery.

It is uncertain when he will get his new kidney but it is thought it will be in the new year.

Though he’s currently on dialysis, he is back in the gym to get fit enough to return to his hobby – triathlons.

He told BerkshireLive, the kidneys removed weighed 45 kilos and that the huge, swollen belly he had before has now virtually disappeared.

The next stage is another operation to put a new kidney back in,…