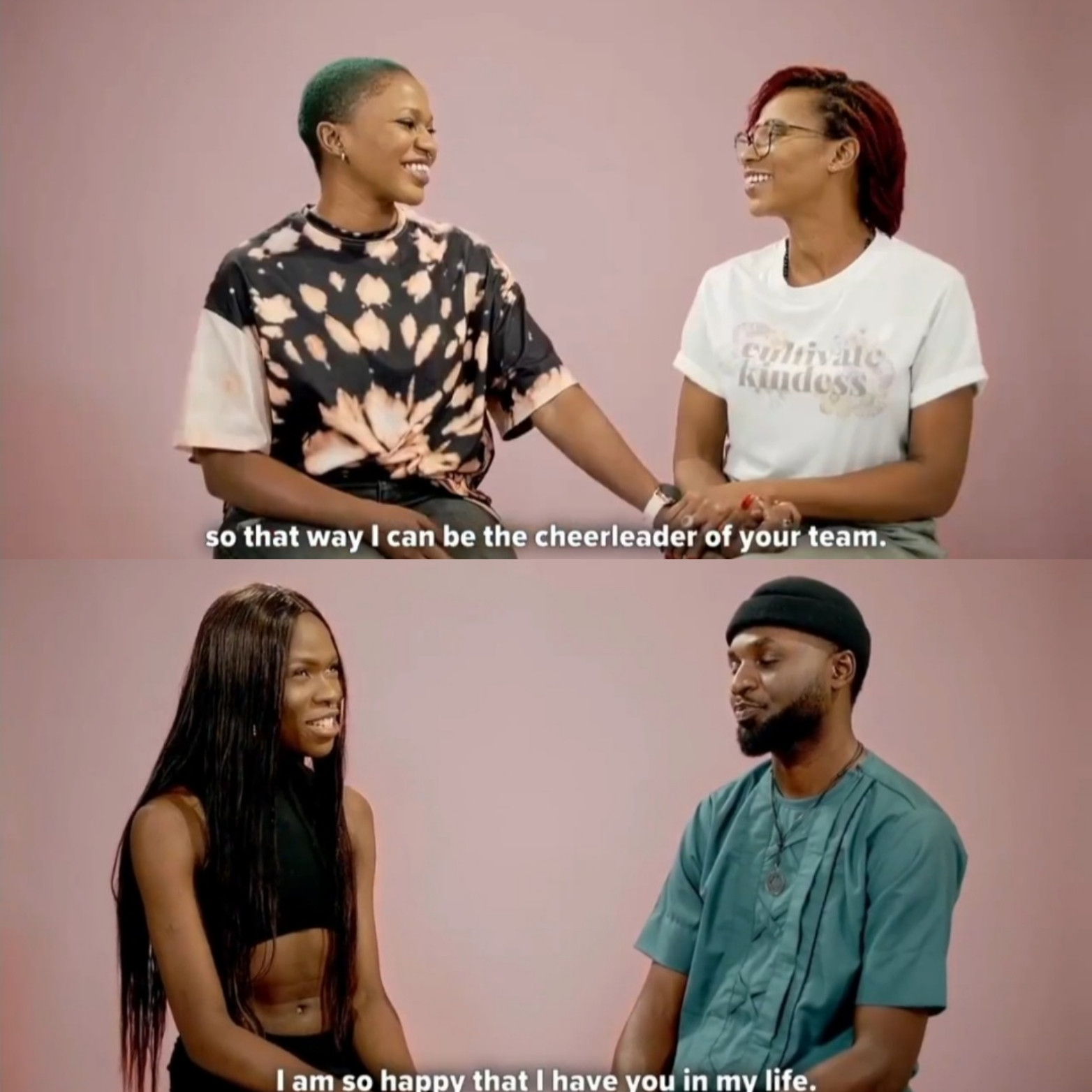 Three Nigerians, who are part of the LGBTQ community, have shared their Coming Out experience and how their loved ones received the news.

Bibi, Uyaiedu Ikpe-Etim, and Biodun featured in a documentary with the loved ones who they opened up to about their sexuality.

Biodun, born male but who now identifies as a transwoman, first came out as transgender to a friend named Esco. She also appeared on the show with her brother.

Speaking, Bidoun’s brother recalled when Biodun came out as trans to him, saying: “I already knew that all you needed was love, which I gave you from back in school.

Biodun’s brother added: “If being a transwoman could make her happy, then she should go ahead with it.