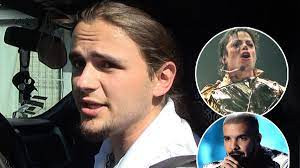 Prince Jackson, the first child of late pop king Micheal Jackson has reacted to the recent comparisons of Canadian rapper Drake to his father.

Drake is arguably one of the greatest entertainers of the last decade. He recently won the Billboard Artist of the Decade Award and made history with his latest album, “Certified Lover Boy,” with nine of the ten songs on the album making their debut in the top ten of Billboard’s Hot 100 charts.

In a recent interview with TooFab, Prince was asked about Drake beating a Billboard record that Michael previously held. Nine tracks from Drake’s record, Certified Lover Boy, reached the top 10 of the Billboard Hot 100 chart, something that Thriller held since 1982.

“I mean everybody has their own definition of great, and all respect to Drake everything that he does,” Prince said. “But what my father and my family accomplished, in the time that they did it, is very unlikely never to be matched again.”