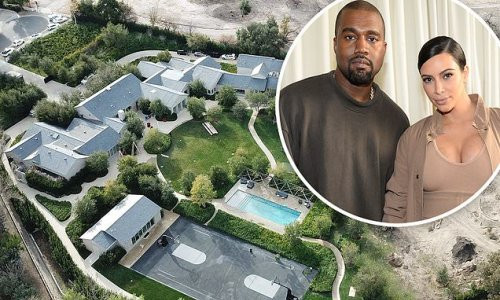 Kim Kardashian has been awarded the $60 million Hidden Hills, Calif. mansion she and her kids have called home for months in her ongoing divorce with rapper Kanye West.

The reality star filed for divorce in February, but the exes have remained on good terms and have even shown public support for each other.  But despite the fact that the two have maintained a close friendship, their divorce is still on.

New documents filed in the Los Angeles County Court Tuesday October 12th show that Kim will get the $60 million house they built together.

Sources told TMZ that the estranged couple negotiated a buyout price for the property on which they had constructed their dream abode from the ground up. They initially purchased the 5,000-square-foot Southern California mansion for $20 million in 2014 before gutting the existing structure, renovating it down to every last nail.

In March, it was revealed that Kim was set to get the home as their divorce proceedings…