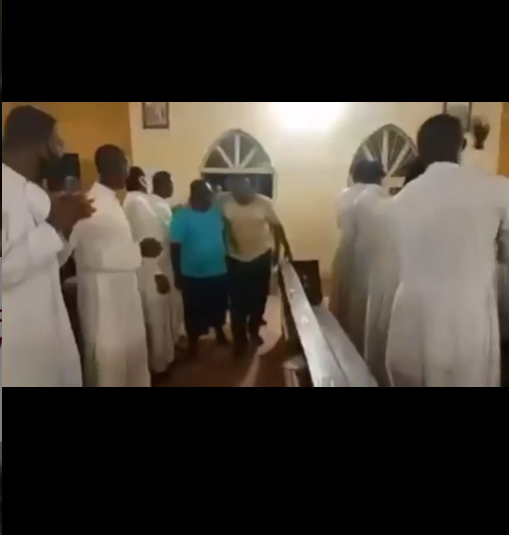 A video which captured moment kidnapped Kaduna seminarians were led into their school’s chapel after being freed by bandits, has been shared online.

The three seminarians abducted from same Chapel of Christ the King Major Seminary in Jema’a Local Government Area of Kaduna State, on Monday 11 October, 2021, were freed on Wednesday night.

Chancellor of Catholic Diocese of Kafanchan, Reverend Father Emmanuel Uchechukwu Okolo confirmed their release on Wednesday night. He also prayed for the release of others still in captivity.

One of the seminarians had to be helped as he couldn’t walk properly after being freed.