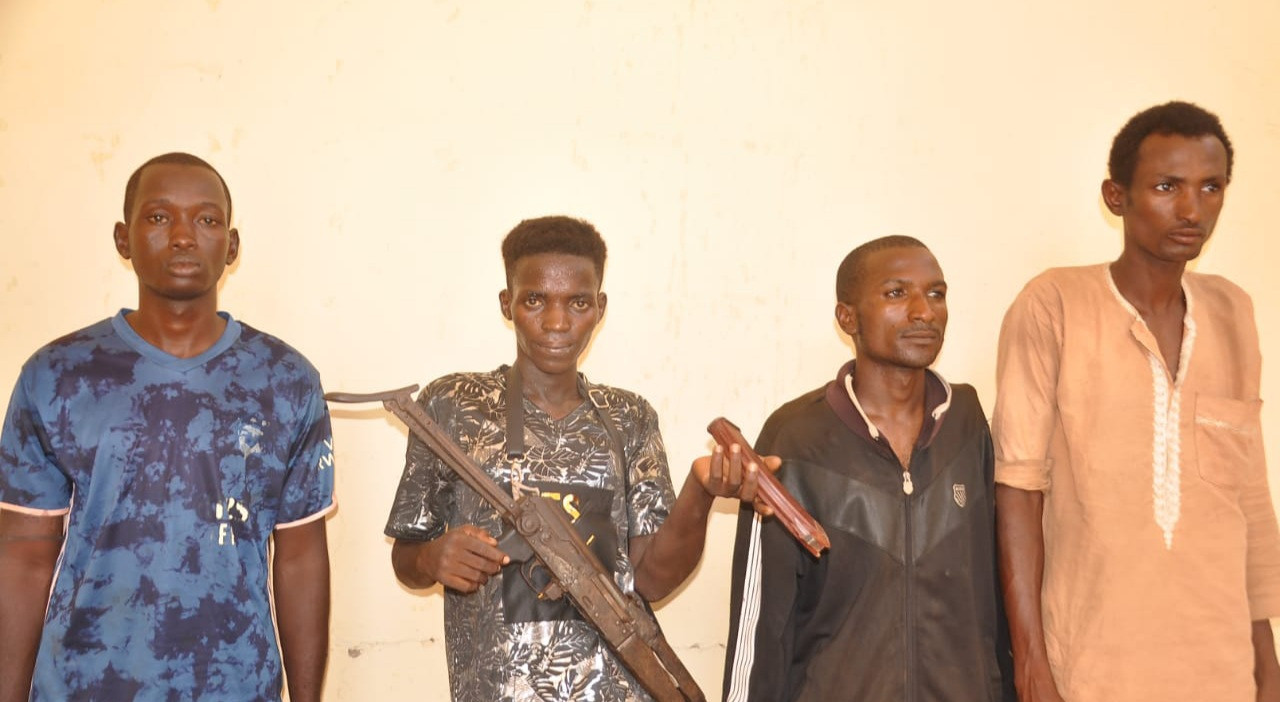 Operatives of the of the Anti- Kidnapping Unit of the Adamawa State Police Command have arrested four notorious and high-profile kidnappers.

Spokesperson of the command, DSP Suleiman Yahaya Nguroje, who confirmed the development on Thursday, said the suspects are members of the gang that attacked Divisional Police headquarters in Ngurore, Yola South Local Government Area of the state and kidnapped a widow, Hauwa Umaru and her daughter.

According to the PPRO, during interrogation the suspects confessed to the crimes.

Operatives also recovered 1 AK-47 Rifle with 16 rounds of lives ammunitions from the suspects.

DSP Nguroje said that the arrest…