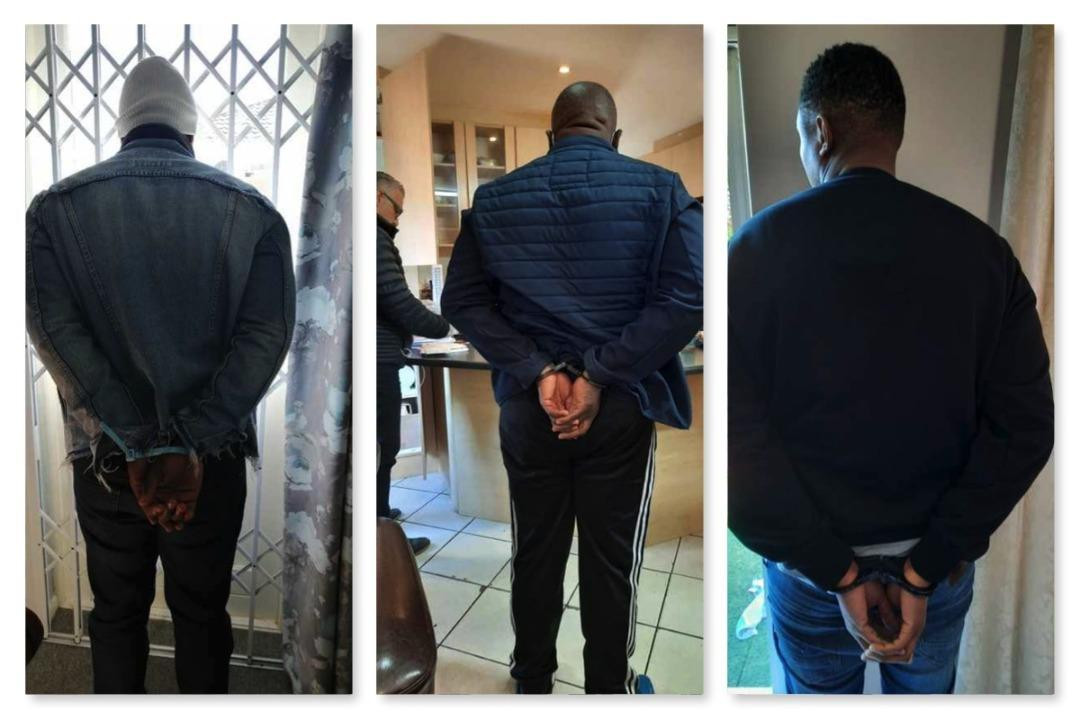 The Nigerian leaders of the syndicate

Eight members of a transnational organised crime syndicate originating from Nigeria were arrested by the Hawks and US law enforcement in a massive operation in Cape Town, South Africa on Tuesday, October 19.

The suspects aged between 33 to 52 were arrested for Internet scams, money laundering and international-wide scale financial fraud in Cape Town.