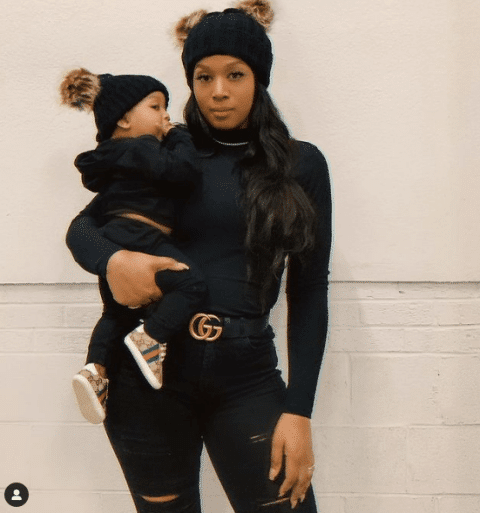 A mum has revealed how her family was kicked off a transatlantic flight about to take off from Heathrow airport, London because her two-year-old son was not wearing a mask.

Angela Artis, 31, and her husband, Darien, were travelling home to Charlotte in the US on a connecting flight from Greece when a flight attendant asked that the baby wear  a mask.

The family had boarded American Airlines flight 733 on Sunday, October 17 after renewing their wedding vows in Santorini, Greece.

They had travelled from Charlotte in North Carolina via Boston and London with American Airlines and British Airways on the outbound journey without baby Mason wearing a mask.

But both parents were fully vaccinated.

Mrs Artis told Metro.co.uk: ‘To start with a couple of the flight attendants were lovely, they were super-nice giving my son a hug and a lollipop, they even tried to give him a peck on the cheek through their masks.