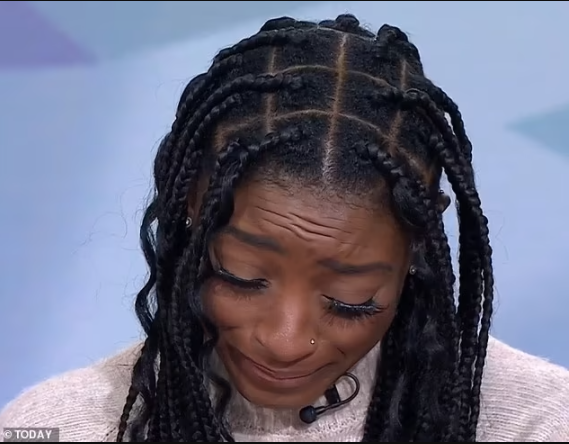 Olympic gold medalist, Simone Biles broke down in tears in an emotional interview while discussing her inability to do stunts she has been doing for years.

The 24-year-old admitted that since the Tokyo Olympics, she hasn’t been able to go back to stunts that involve twisting in mid-air. Recall she dropped out of several events at the Tokyo Olympics due to mental health concerns

According to her, she’s still battling the twisties and this has made it difficult to watch her fellow gymnasts do twists on the Gold Over America Tour.

‘To do something that I’ve done forever and just not be able to do it because of everything I’ve gone through is really crazy because I love this sport so much,’ she told Today show host Hoda Kotb, blinking away tears.

‘It’s hard. I’m sorry. And I don’t think people understand the magnitude of what I go through, but for so many years to go through everything that I’ve gone through having a front, I’m proud of…