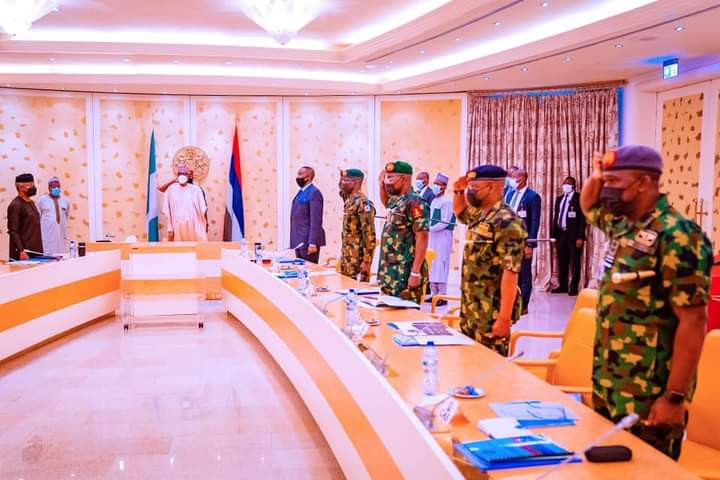 President Muhammadu Buhari has reportedly directed service chiefs to ensure that nothing stops the Anambra government election scheduled to hold on November 6.

Monguno said the directive was given following an increased attack allegedly carried out by proscribed Indigenous People of Biafra (IPOB).

“The President has directed that under no circumstances will anything be allowed to stop the elections from taking place successfully. The people have a right to vote and select their leader.

“No group or individual will be allowed to stimulate anarchy and chaos, leading to murderous activities. The president has made it very clear that the Armed Forces and all law enforcement agencies must make sure that the elections take place even if it means overwhelming…