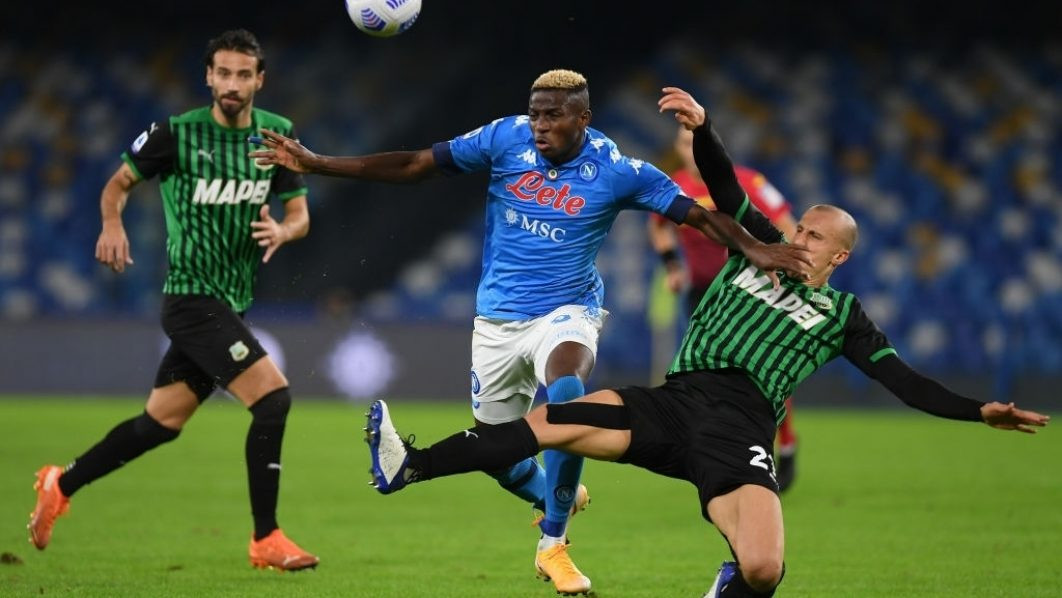 Nigeria and Napoli striker, Victor Osimhen is on the radar of some of Europe’s biggest clubs with Bayern Munich reportedly ready to spend over €100 million for his services.

Edo state born Osimhen has caught the attention of Real Madrid with his form this season as he leads the line for Napoli.

He scored just 10 goals in his debut season with Napoli, due to a spate of injuries and a bout of Covid-19 after Napoli spent a club record €81.3 million to lure the Nigerian from Lille to Naples.

Now in his second year, the 22-year-old has now scored nine times in just 11 appearances for Napoli, with his latest arriving in last Thursday’s 3-0 demolition of Legia Warsaw in the Europa League.

Now, Spanish newspaper, AS, say Osimhen has been in the minds of Real Madrid and Bayern Munich, with the German club ready to dole out over €100m to land the Nigerian international at the end of the season, possibly as a replacement for the ageing Robert Lewandowski, who is also on the…