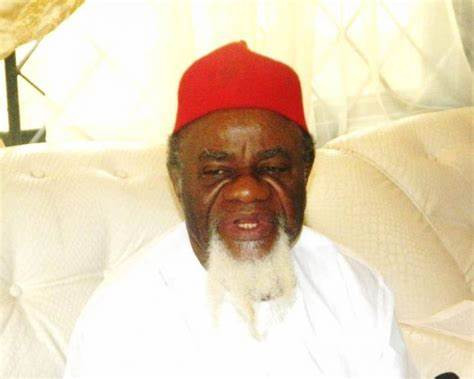 Former Governor of Anambra state, Chukwuemeka Ezeife has said those claiming the scheduled governorship election in the south-east state won’t hold are lying.

In an interview on Channels Television, Ezeife accused those propagating the claim of working against the scheduled poll in the state, with an intention of misleading the people.

He also alleged that some people within the system are colluding with outsiders to unleash mayhem in the South-East.

“The issue of those people saying there will be no election in Anambra State is a lie intended to mislead (the people).”

Recounting how the phrase ‘unknown gunmen’ started after the April 5 attack on the Nigerian Correctional Services and the Police Headquarters in Imo State, Ezeife said;