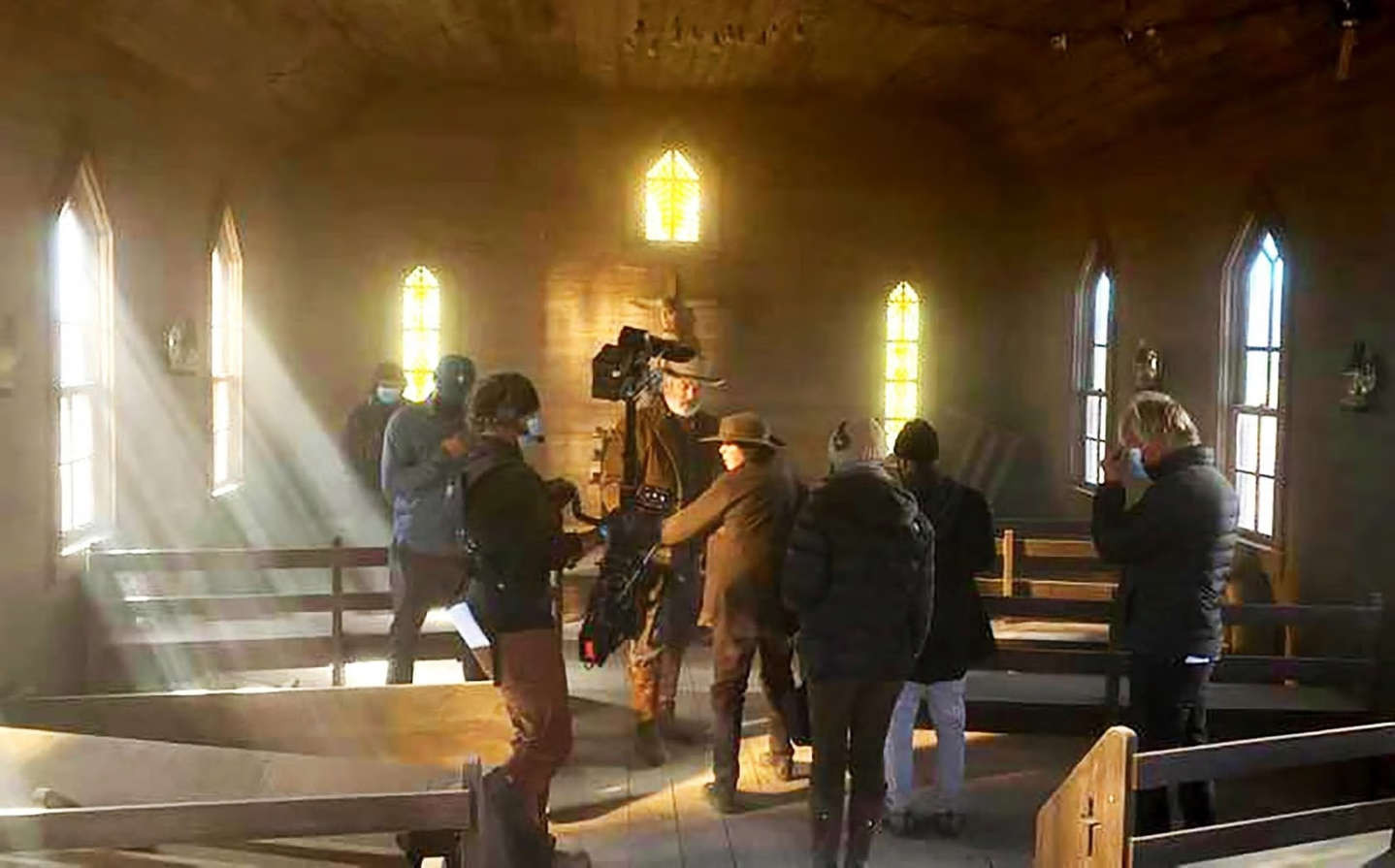 A photo which captured the final moment of ”Rust” movie Director of photography, Halyna Hutchins before she was accidentally killed after actor Alec Baldwin misfired a prop gun, has been shared online.

Serge Svetnoy, the movie’s head electrician, said on Facebook that it was the final picture taken of the 42-year-old director of photography on set in New Mexico. Hutchins is seen wearing a tan beanie with headphones covering her ears.

Mr Svetnoy blamed “negligence and unprofessionalism” on the part of the film’s armorer and assistant director for Hutchins’ death.  He wrote;

“To save a dime sometimes, you hire people who are not fully qualified for the complicated and dangerous job, and you risk the lives of the other people who are close and your lives as well.”