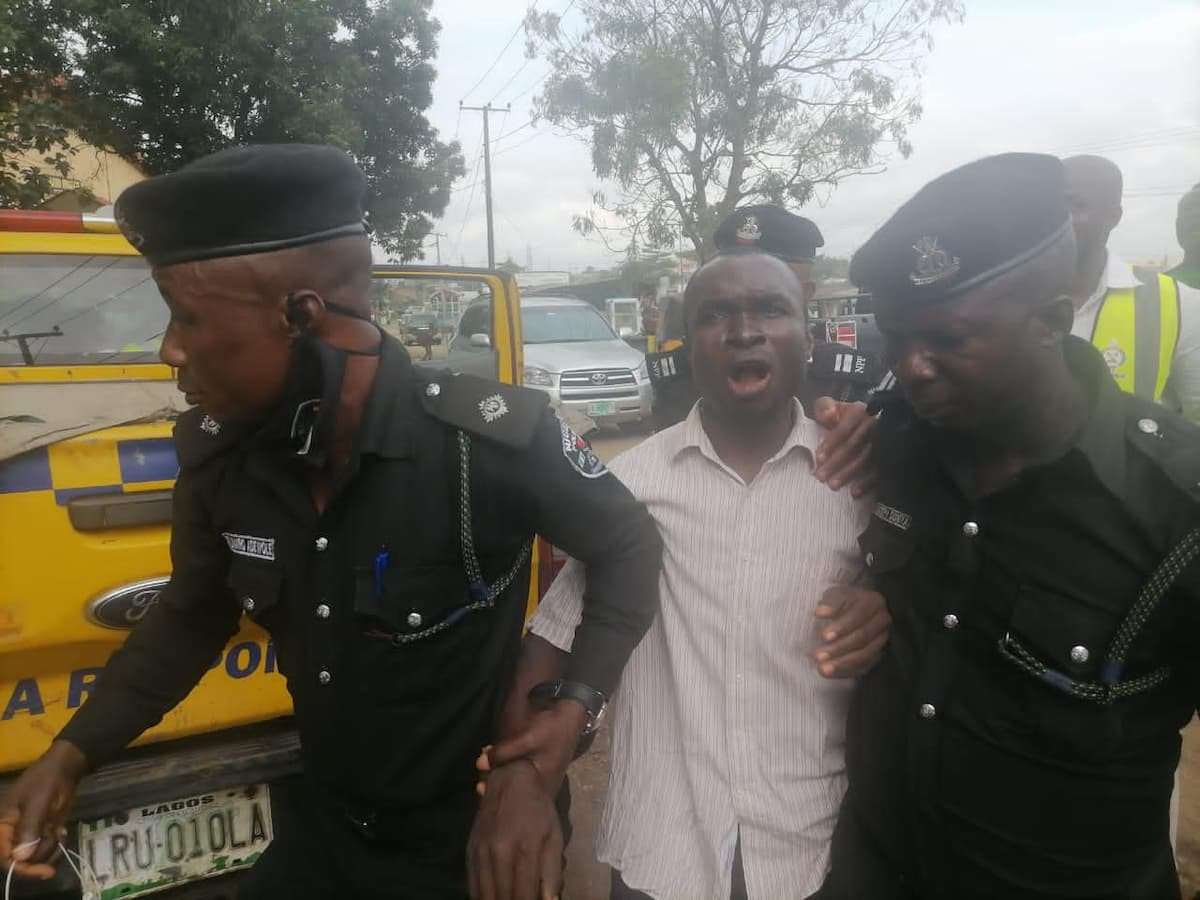 A man reportedly attempted to jump down from a telecommunication mast at Iyana-Ipaja area of Lagos State on Tuesday morning.

It is speculated that he is mentally unstable and eyewitnesses said he was taken to Gowon Estate Police Station, where he is being interrogated.

He was however convinced by operatives of both National and State agencies to come down from the about 200 feet mast. Farinloye also disclosed that the man is an aluminium technician and works at Aluminium Village. He…