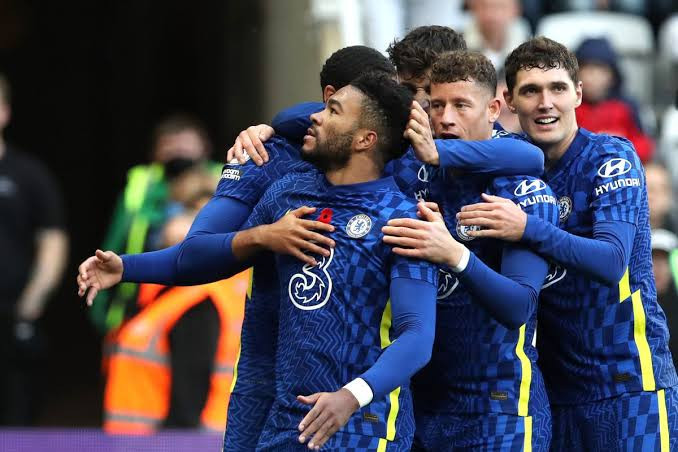 Chelsea extended their lead at the top of the English Premier League to three points as Reece James scored twice in a 3-0 win at Newcastle on Saturday, October 30 while Liverpool and Manchester City stumbled at home.

Liverpool blew at 2-0 lead at Anfield as Brighton battled back to earn a deserved 2-2 draw while Pep Guardiola’s 10 men were beaten 2-0 by Crystal Palace at the Etihad.

Chelsea were without the injured Romelu Lukaku, Timo Werner and Mason Mount, but the European champions were just too much for New castle.

Meanwhile, Mohamed Salah’s scoring streak came to an end at 10 games, even though he gave the pass that led to Jordan Henderson’s goal.

Sadio Mane doubled Liverpool’s advantage with a back post header before the Senegalese had another goal ruled out for handball after he caught Brighton goalkeeper Robert Sanchez in possession.