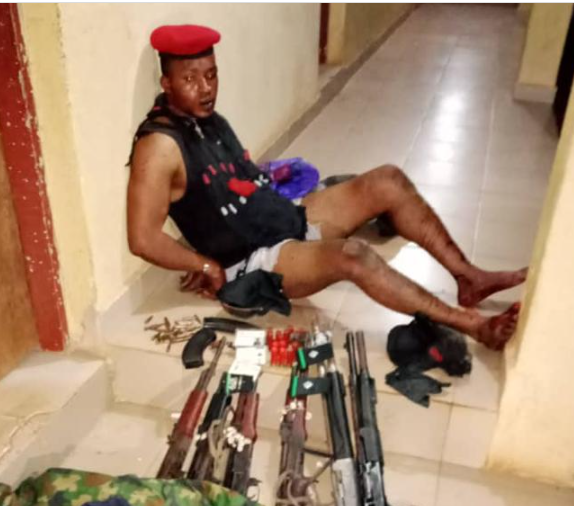 The Anambra State Police Command has arrested a man said to be a top member of the Indigenous People of Biafra (IPOB) who also commands its militant wing, the Eastern Security Network (ESN).

The commander identified as Udebuan Sage Chubueze was arrested in Ekwukobia in Aguata Local Government Area of the state on Saturday, October 30.

It was gathered that the ESN operative was arrested in his house with a bullet wound after a tip-off to the police by concerned individuals.

Recall that there was a gun battle between security agents and gunmen in Ekwulobia on Friday, October 29, with many of the gunmen said to have escaped with bullet wounds.