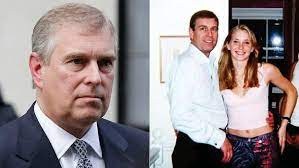 Prince Andrew’s lawyers in the US have asked a judge to dismiss his accuser Virginia Giuffre’s civil lawsuit.

Ms Giuffre has accused the Duke of York of sexually abusing her when she was 17, more than 20 years ago.

In court filings, the duke said he “unequivocally denies” sexually abusing or assaulting her.

His request was filed on Friday with the US District Court in Manhattan.

In court documents seen by Sky News, Prince Andrew states the lawsuit should be dismissed because Ms Giuffre failed to “state a claim warranting relief” and has asked the court to hold oral arguments on his application.

The document, signed by lawyer Andrew Brettler, said: “Accusing a member of the world’s best known royal family of serious misconduct has helped Giuffre create a media frenzy online and in the traditional press.

“It is unfortunate, but undeniable, that sensationalism and innuendo have prevailed over the truth.

“Giuffre has initiated this baseless lawsuit against…