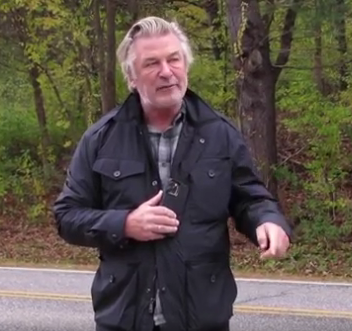 Alec Baldwin has spoken on camera for the first time on the death of Halyna Hutchins.

The actor, 63, spoke to the paparazzi today, October 30, in Manchester, Vermont, where he said he is cooperating with police and has been speaking to them every day. Baldwin maintained that he could not speak on the active investigation.

“It’s an active investigation in terms of a woman died, she was my friend,” Baldwin said.

“We were a very, very well-oiled crew shooting a film together, and then this horrible event happened,” he added.

The photographers are said to have been hounding Baldwin and his family and following them around, including on the open road.

So, Alec Baldwin and his wife Hilaria pulled over to confront the photographer, whom Alec says made his kids cry.

When Alec made the impromptu stop, he agreed to talk to photographers if he could have some space.

Baldwin admitted the fatal shooting on the set is a “one in a trillion event.”