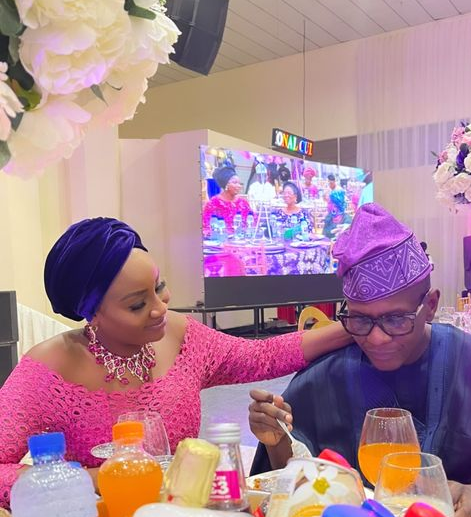 The mother of three stated this after she was caught on camera watching her husband Kolapo, eat at an event on Saturday night, October 30.

“Yup I watch him eat…And place a napkin on his lap. Spoil your man while letting him know that you are irreplaceable. It’s the little things. (Felt like preaching) #inspiration.”