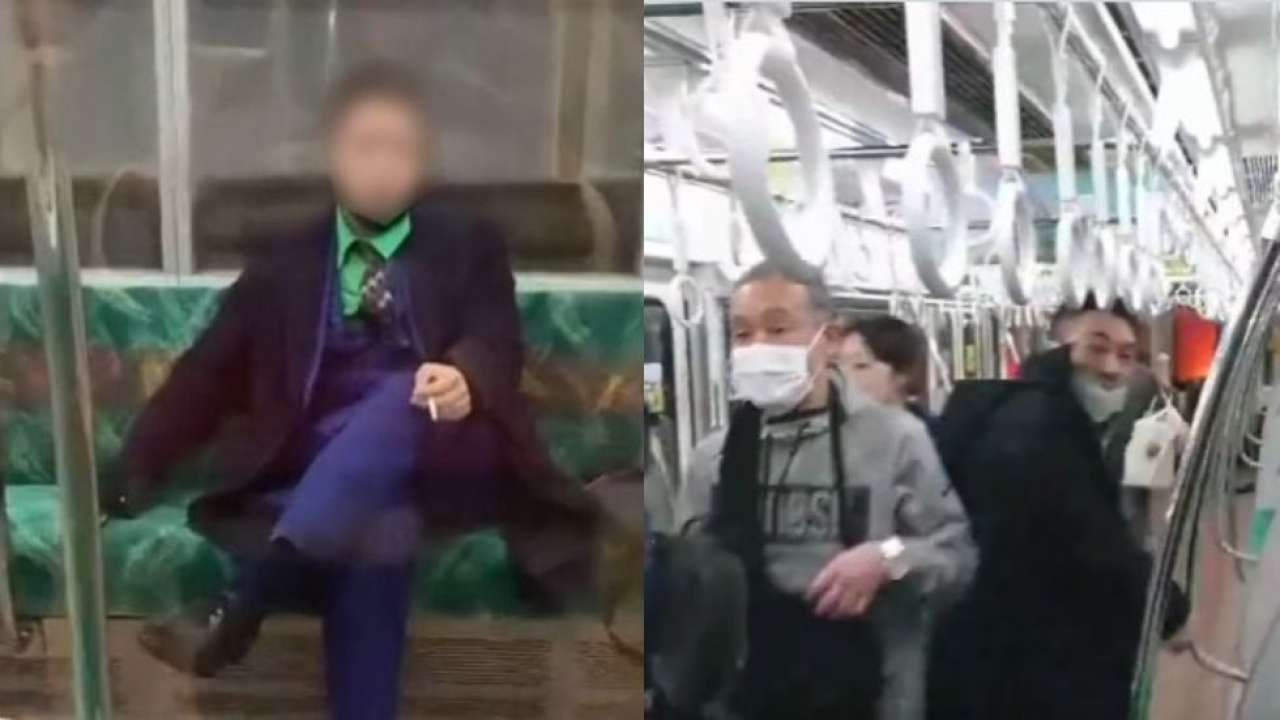 A man who was dressed as Batman villain the Joker has been arrested after allegedly stabbing 10 people onboard a Tokyo commuter train on Sunday, October 31.

The attacker also poured what is believed to have been oil around the carriage before lighting it on fire, causing panic among several passengers.

It was also reported that hydrochloric acid was thrown during the attack, which occurred on the Keio express line bound for Shinjuku, the world’s busiest rail station in Japan.

According to local media reports, the 26-year-old suspect allegedly told police he became angry when he saw women who ‘looked happy’ and wanted to kill them.

One video uploaded on Twitter showed a steady stream of people running away from a train car where, seconds later, a blaze lit up.

Another video showed passengers rushing to squeeze out…