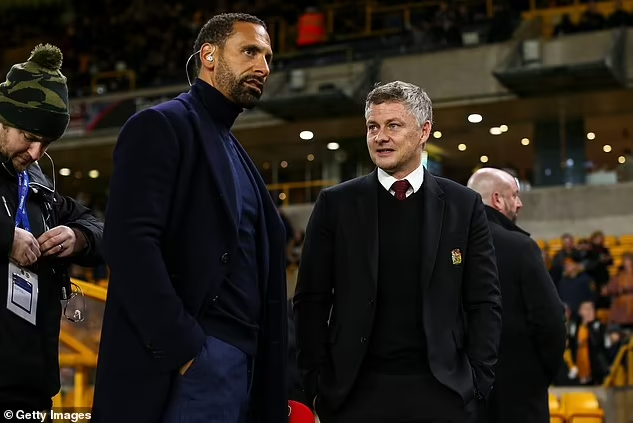 Manchester United legend Rio Ferdinand has called on the club’s coach Ole Gunnar Solskjaer to leave the club and ‘hand over the baton’ to someone else.

The Norwegian is under huge pressure following a poor run of form in which they’ve lost four out of their last six games, including an embarrassing 5-0  by Liverpool and 2-0 defeat to Manchester City -at Old Trafford.

Solskjaer has also not been able to deliver a single trophy to the club since he became a permanent manager in March 2019.

Ferdinand, a former teammate of Solskjaer’s, no longer believes he can deliver silverware to Old Trafford.

Amid speculation over whether the club will part ways with Solskjaer, Ferdinand has admitted that now might be the time for him to leave United.

He said on his Five with Vibe podcast: ‘We started this season with such hope but also the transfer window that we had, the excitement, we were all sitting there going ‘this is our time now’.

‘Ole was brought in to get…