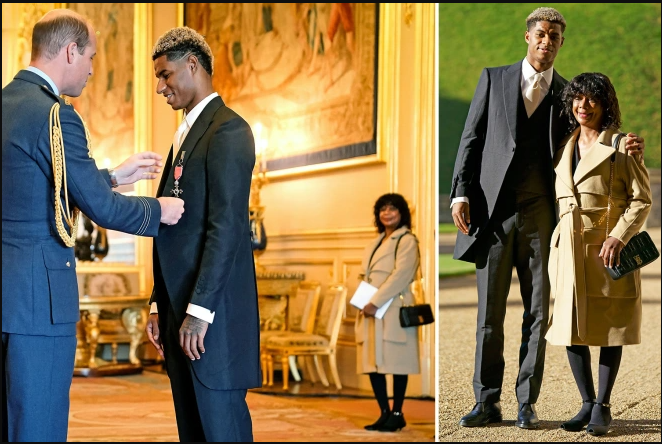 Marcus Rashford today took his proud mum to watch him receive an MBE from Prince William for his heroic school-meals campaign.

The England and Manchester United striker, 24, was pictured with his mum, Melanie, in the grounds of Windsor Castle ahead of the ceremony hosted by the Duke of Cambridge.

He was also seen was seen smiling as he thanked the prince, who appeared to chat away as he fixed the honour to his coat.

The striker said he would be giving his MBE to his mum, who raised him and his four brothers and sisters.

Rashford was recognised today for his campaign which helped feed 1.3million of Britain’s poorest kids over the summer holidays.  His campaign resulted in the Government changing policy over its free school-meals vouchers during the lockdown and made the striker a national hero.