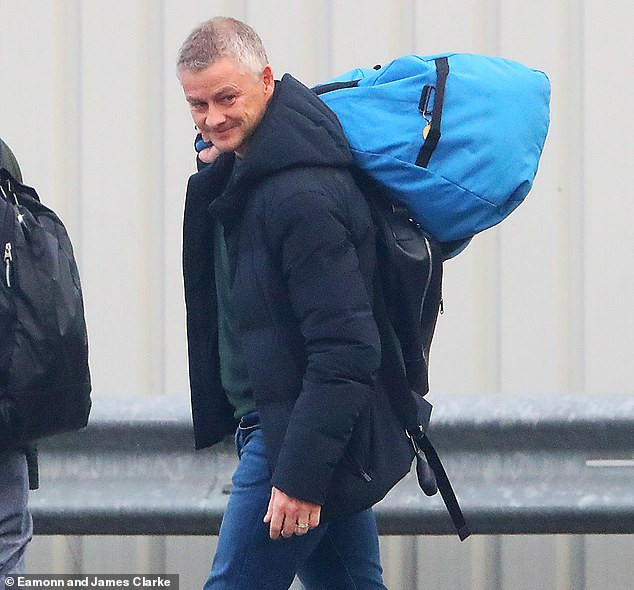 Under-pressure Manchester United manager, Ole Gunnar Solskjaer has been pictured boarding a private jet to return to his native Norway as speculation over his future intensifies.

He was seen on Monday, November 8, with his wife and two sons as they made their way to the Signature Private Jet Terminal at Manchester Airport.

There will be no club football during the international break that starts this week so it seems he’s traveling to clear his head from the media attention.

Solskjaer has come under increasing pressure in recent weeks with his future at Old Trafford being questioned following a number of calamitous performances against fierce rivals Liverpool and Manchester City that resulted in 5-0 and 2-0 defeats respectively.

There is a possibility the manager might not return back to Old Trafford from this trip as reports emerged on Monday that the club was looking at hiring Leicester City’s Brendan Rodgers.