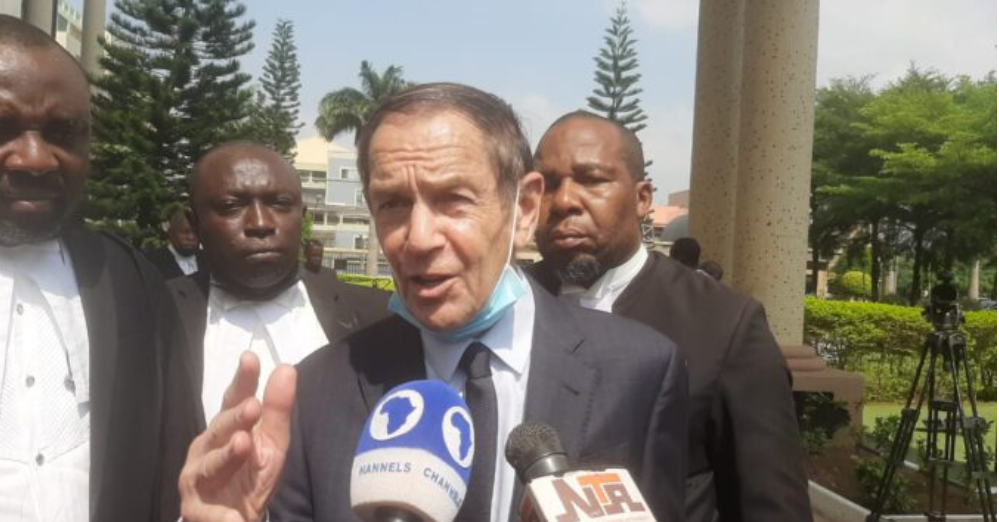 Bruce Fein, an American lawyer representing Nnamdi Kanu in the United States has threatened to file a petition before the International Criminal Court over an alleged violation of his client’s rights.

Fein who was denied access to the courtroom after turning up on Wednesday November 10 to monitor the trial of the leader of the Indigenous People of Biafra (IPOB), disclosed that this is the fifth time he’s being subjected to such.

The American lawyer stated that this is in violation to court order which allowed Nnamdi Kanu access to three persons. He also revealed that he will be going United States Congress and urging that sanctions be considered against Nigeria for gross violations of fundamental human rights.

“Today was the fifth time I was told I could not enter the courtroom despite the court’s previous order that Nnamdi could have access to any three persons he wants to.

“I had the chance to talk briefly to him on my way to the courtroom. It…