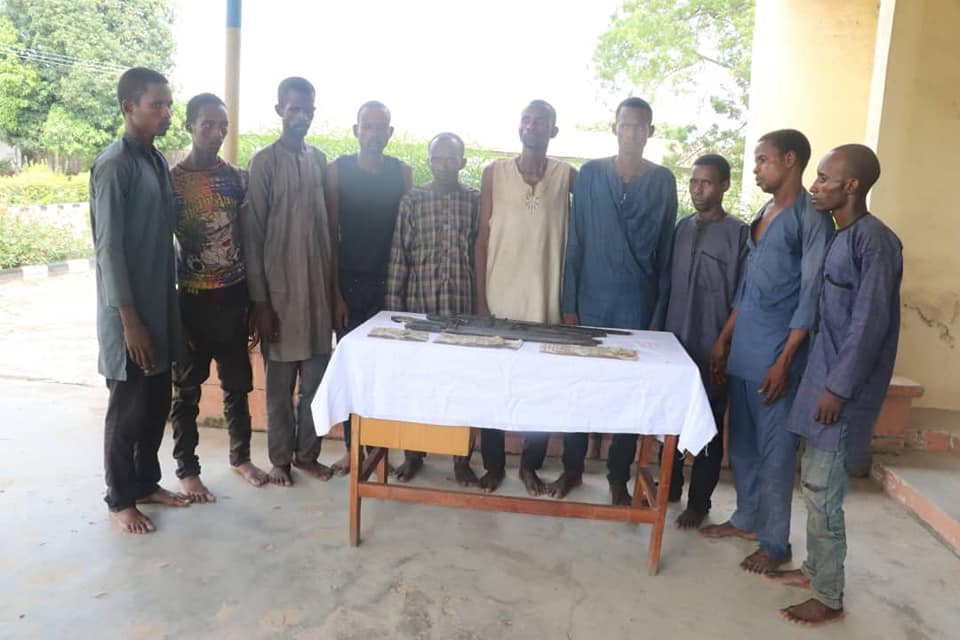 The Niger State Police Command has arrested 15 suspected kidnappers and seven others for various offences.

“On 09/11/2021 at about 0730hrs, information was received that suspected gunmen blocked Bangi-Mangoro road, intercepted two commercial vehicles conveying passengers from Mangoro village to Bangi market and abducted fifteen people from the two vehicles,” the PPRO stated.

“Upon receipt of this information, the Command mobilized the Police tactical teams in conjunction with the military and vigilante to the scene, and as a result of the combined joint security team effort, the fifteen victims were rescued unhurt while effort is ongoing to arrest the fleeing bandits,” he added.