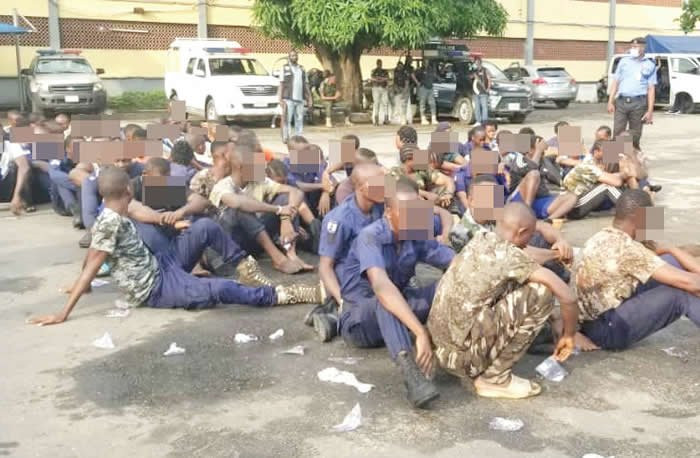 The suspects were arrested during a raid on their training camp in Ogudu-Sanfield area of the state on Wednesday November 10.

Parading the suspects, Lagos state Commissioner of Police, Hakeem Odumosu said the commanding officer of the training camp, Sunday Dakare was also arrested. It was alleged thatt he suspects were operating under the name of the Nigerian Merchant Navy, also called the Coastal Defence.

“On November 10, 2021, around 11am, the Lagos State Police Command raided the illegal training camp of the Merchant Navy located in the Ogudu-Sandfield area, Lagos State, and arrested the Commanding Officer, Sunday Dakare, 47, together with 107 suspects currently on training.