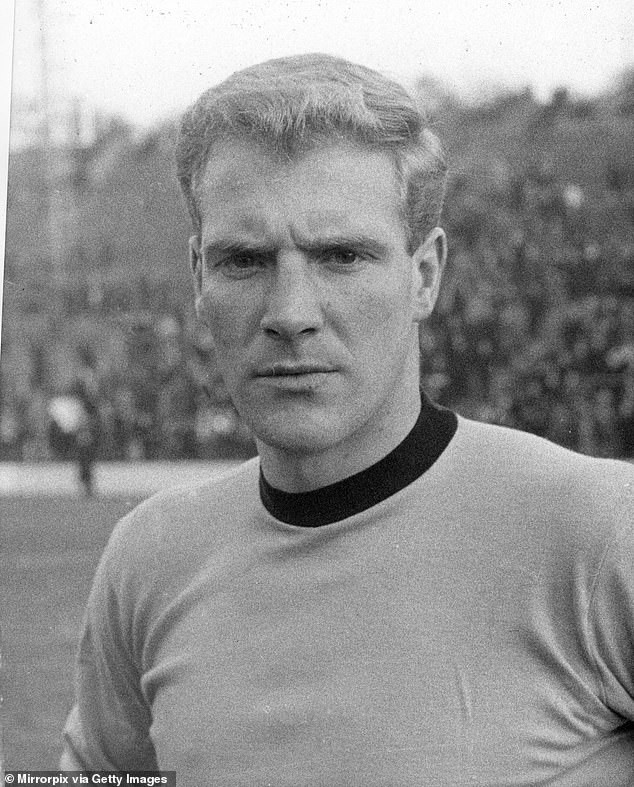 Before his death, Flowers was England’s oldest player at the 1966 World Cup at the age of 31 He did not feature in 1966 but Flowers was capped 49 times for his country .

Flowers played for the Black Country club between 1952 and 1967 and helped them to three First Division titles and the FA Cup in 1960.

He played 49 times for England and featured in 40 consecutive international matches between November 1958 and April 1963, which included the 1962 World Cup in Chile.

A statement on the club’s official Twitter feed read:

‘We are deeply saddened to announce the passing of club legend and vice president Ron Flowers MBE at the age of 87.

‘A giant on the pitch and a gentleman off it. There will be many people remembering Ron today and all of our thoughts are with those who knew and loved him.’