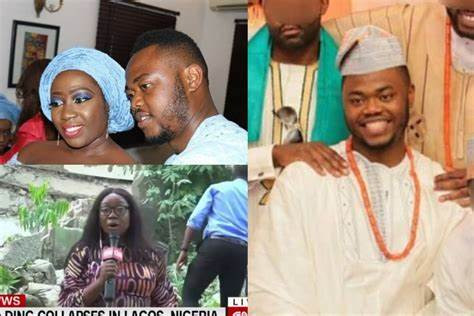 A lady whose brother, Samuel Iwelu was one of the victims of the Ikoyi building which collapsed on November 1, has revealed that he died less than 10 minutes after he stopped recording his usual Whatsapp stories in his car.

According to Annarita Iwelu, Sammy shared his video on Whatsapp by 12:48 (UK time) which is 13:48 local time and the collapse occurred by 13:56 local time as reported by CNN’s Steph Busari.

She added that one phone call could have kept him back in the car, and a 10 minutes delay could have made them see again. The deceased’s sister also revealed that “Sammy and Mr Femi Osibona had gotten back into the car before Wale Bob arrived”, which made them go back in.

Less than 10mins between being in the car and the building collapsing!
–
Sammy and Mr Femi were said to have gotten back into the car when Wale Bob arrived which led them to go back in.
–
From the video #Sammyblessed1 posted at 12:48 uk which is 13:48 local time and the…