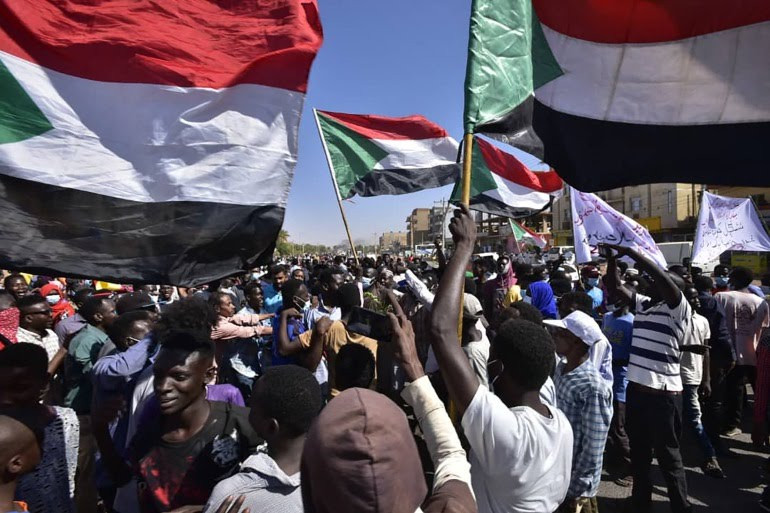 Thousands of demonstrators marched on the streets of Khartoum and its twin cities of Bahri and Omdurman, in protest after the military took over government last month October.

They were met by security forces who fired live bullets and tear gas after mobile phone communications were cut earlier in the day, witnesses told Reuters.

The group later reported that a further five people had been shot dead, two in Khartoum and three in the city of Bahri, bringing the total to 10 while 70 protesters were injured during the pro-democracy…