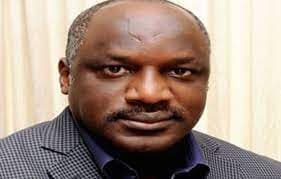 A former Senator from Ekiti state, Gbenga Aluko, is dead. The Ode-Ekiti-born politician was said to have slumped and died in his office in Abuja on Saturday, November 20. He was 58 years old.

According to reports, he was rushed to a hospital in Abuja where he was confirmed dead. His close aides say he was neither sick nor showed any symptom of sickness.

He represented Ekiti South constituency during the period.