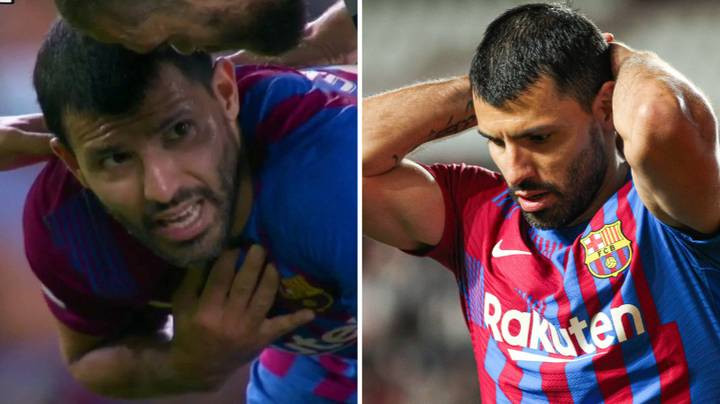 FC Barcelona striker and Manchester City legend, Sergio Aguero is set to  retire from football next week, according to emerging reports from Spain.

The 33-year-old Argentine superstar is set to depart the game after 18 years at a professional level, following recent complications that came to light in one of his first La Liga matches at the Camp Nou club.

Aguero suffered a cardiac arrhythmia during a 1–1 home draw against Alavés at the start of November,  a problem that had originally ruled the Argentine out of action for three months.

However, according to an emerging report from journalist Gerard Romero, Sergio Aguero will now in fact retire from the game as a direct result of the aforementioned difficulties.

According to Romero,  a press conference has been scheduled to announce the retirement of Sergio Aguero from football, in what will undoubtedly be an emotional occasion.

Aguero played just five games for the Blaugrana and managed to…