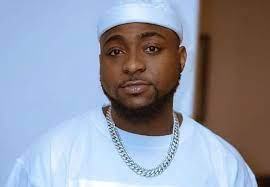 The Nigerian Communications Commission (NCC) says it has discovered while undertaking online social listening that an ostensibly syndicated group is on the prowl to swindle unsuspecting members of the public, particularly millions of Nigerian telecom consumers, by capitalizing on the generosity of David Adedeji Adeleke, widely known as Davido.

Over the weekend, Davido announced he would donate N250 million to various orphanage homes across Nigeria.

Exploiting Davido’s benevolence, a group of scammers rolled out an advertorial titled “Davido Airtime and Data Giveaway”, which went viral, claiming that Davido is “giving out free 5K Airtime and 10GB Internet data of All Networks” to celebrate his birthday. In the advertorial, the general public is urged to hurry and get the gift by clicking on the links that supposedly redirect them to network sites, where they will be credited with airtime and data. This is a scam.

The NCC in a statement released by its director…