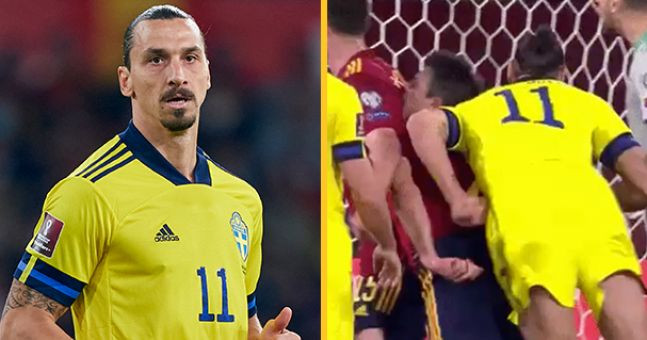 Zlatan Ibrahimovic has admitted his brutal shoulder charge on Cesar Azpilicueta in a World Cup qualifier last week was a deliberate act and that he would do it all over again.

The 40-year-old AC Milan striker sent the Chelsea captain flying after slamming his shoulder into the back of Azpilicueta in the closing stages of Sweden’s 1-0 defeat against Spain in the World Cup qualifier on Sunday.

As a corner was swung into the box, Ibrahimovic smashed Spain’s right back, flooring him on the spot.

Speaking to The Guardian, Ibrahimovic explained the brutal shoulder charge was entirely deliberate to put the Chelsea defender in his place for ‘acting big’ against a younger Sweden player earlier in the game.

‘The other day in the national team, I gave a tackle to [Cesar Azpilicueta]. I did it on purpose,’ he said.

‘It was a stupid thing but I would still do…