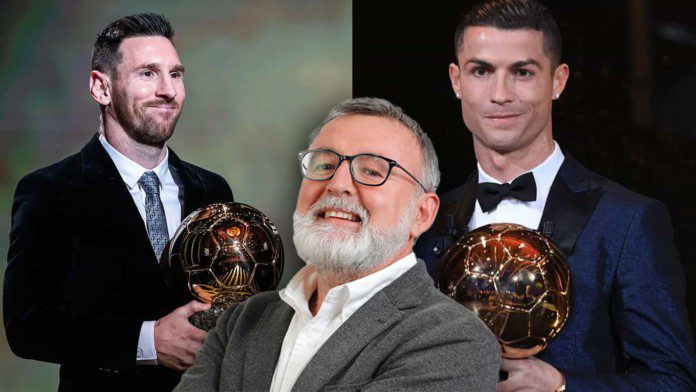 Manchester United striker, Cristiano Ronaldo has slammed Ballon d’Or organiser and editor-in-chief of France Football Pascal Ferre, alleging that he lied about his rivalry with Lionel Messi and using his name to “promote his publication.”

Ferre told the New York Times last week that Ronaldo’s only career ambition was to win more awards than Messi.

Ronaldo is a five-time Ballon d’Or winner and has been nominated the most with a record 17 times but remains two behind Messi, who has won seven times.

The Argentine won this year’s award, which took his tally to seven, but Ferre revealed Ronaldo is desperate to top his arch-rival, Messi.

‘Ronaldo has only one ambition and that is to retire with more Ballon d’Or than Messi and I know because he told me,’ Ferre said, via Marca.

But the Portuguese superstar slammed Ferre’s claims and alleged that he had “lied”.