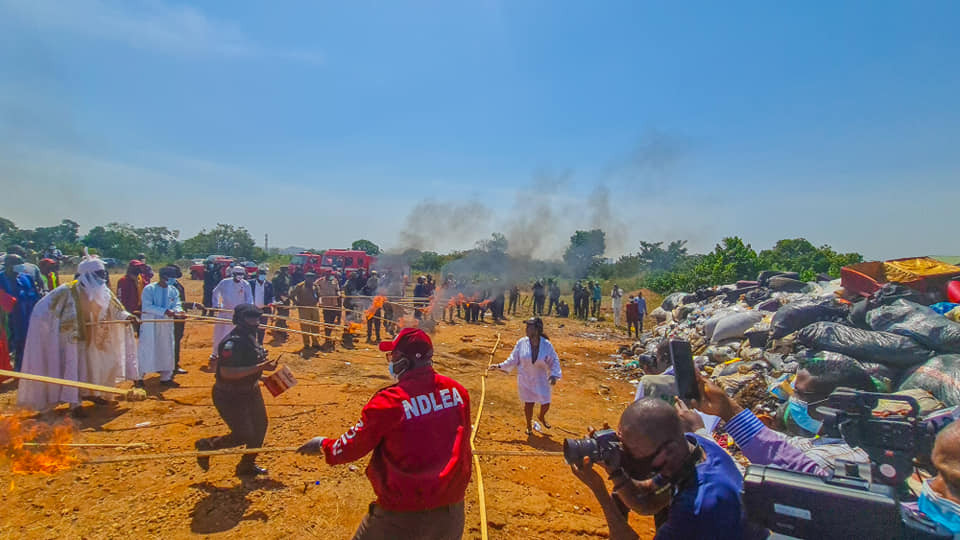 Chairman of NDLEA, Brig. Gen. Mohamed Buba Marwa described the public destruction/burning of the 20 tons of assorted illicit drugs as a further affirmation of the resolve of the anti-narcotic agency to wage a total war against drug abuse and illicit drug trafficking in Nigeria.

Marwa, who was represented by the Secretary of the agency, Bar. Shadrach Haruna, noted that the quantity of the drugs being destroyed is a reminder about the magnitude of the drug problem in the country

“We may recall that when President Muhammadu Buhari inaugurated the War Against Drug Abuse (WADA) campaign of the NDLEA on June 26, 2021, he declared that WADA should not just be a slogan, but a call to civil action by all Nigerians. Todays public destruction of 20 tons of illicit drugs and substances, further buttresses that…