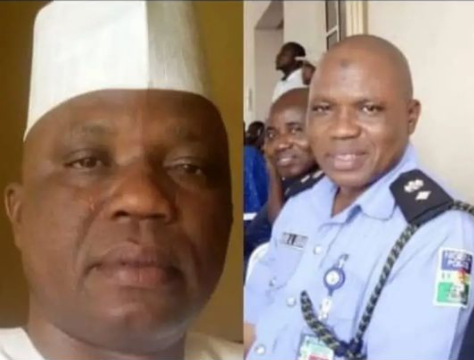 Speaking in an interview with journalists, the spokesperson of the state police command, Bello Kontongs, said the police officer was abducted along the Auchi – Ekperi-Agenebode road on November 26.

”We want to confirm to the public that the DPO of Fuga division in the Edo state police command, CSP Ishaq Ibrahim Aliu, was on 26 November 2021, at about 6.20pm, traveling along Ekperi-Agenebode road, in company of his orderly, one Sergeant Aliu.

Reaching a crossroad, some hoodlums accosted them in their private vehicle. They were not on duty. They went on a private visit and as they were coming back, they were accosted and attacked. Immediately, they whisked the DPO into the bush while the orderly, Sergeant Aliu, managed to escape and he reported the matter to Agenebode police division where…