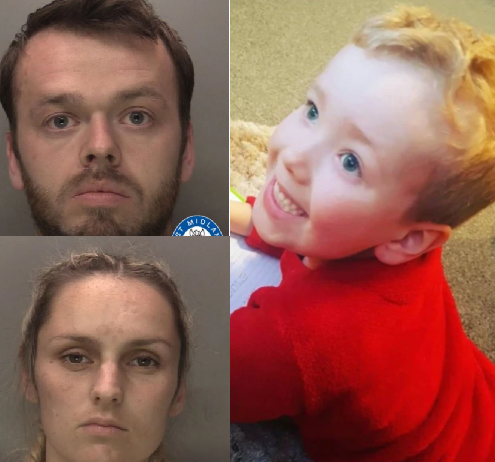 A dad and his girlfriend have been found guilty of the killing of six-year-old Arthur Labinjo-Hughes.

Emma Tustin was found guilty of murder following Arthur’s death from unsurvivable brain injuries after he was found with 125 areas of bruising on his body.

She was accused of taking a photograph of the boy on her mobile phone as he lay dying in the hallway following a brutal assault.

Her partner Thomas Hughes, 29, was convicted of manslaughter after Coventry Crown Court heard of the campaign of cruelty the little boy was subjected to.

Distressing video of the “starving” little boy had shown him crying “nobody loves me” and struggling to carry a duvet hours before he died.

He is said to have been deprived of food and made to stand in a hallway for 14 hours a day.

Speaking after the verdicts, Arthur’s maternal grandmother, Madeleine Halcrow, described the couple as “wicked” and “evil”.

She described the couple’s behaviour as…