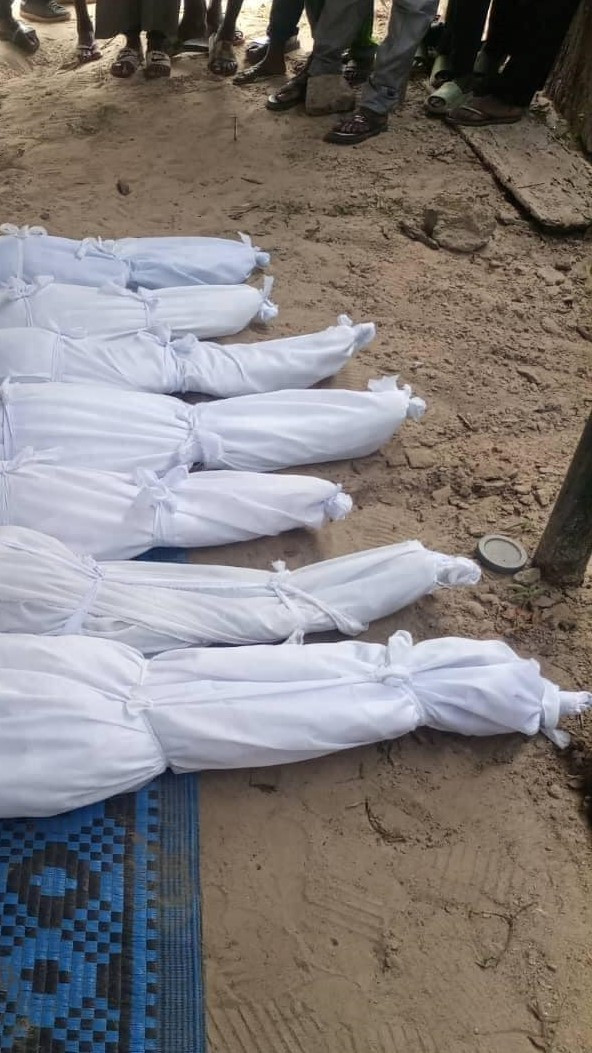 The eight children found dead in a parked car at Jah-Michael community, along Badagry Expressway, Olorunda LCDA axis of Lagos, have been laid to rest.

LIB reported that the children aged four to six years old, had entered the parked Lexus SUV vehicle to play, mistakenly locked themselves and subsequently suffocated to death.

They were discovered when one Saliat Kazeem, who wanted to feed her granddaughter, raised the alarm that the children were trapped inside the vehicle.

Two parents, Ibrahim Jubril and Isiaka Alidu, whose seven children were among the deceased said they had submitted to the will of God.

Ibrahim Jubril, told NAN that he lost four children in the incident.

“My four children, Abdul-Tayab, Mamood, (two boys); Aisat and Farida (girls) lost their lives inside the abandoned vehicle. I was inside this central mosque when people came to call me to come and see what happened to my children.

“Before I got to the scene, they have brought them…