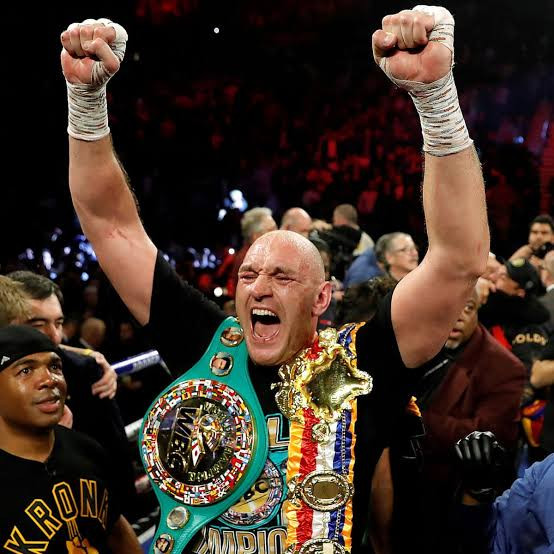 World heavyweight boxing champion, Tyson Fury has warned the BBC not to include him its nominations for the BBC Sports Personality Of The Year award 2021.

The Gypsy king has had a long-standing issue with the BBC over the award, for which he has been nominated on a number of occasions as the boxer is one of the most loved sport stars in Britain.

But he has had a long-standing issue with the BBC over the award since a petition was launched to have him removed from the award in 2015 due to homophobic and sexist comments.

He was angry in 2018 when he wasn’t even nominated despite launching a phenomenal comeback having returned from three years out of the ring due to poor mental and physical health.

His impressive return against Wilder in the first of their three fights that December, where he heroically rose from the canvas to earn a draw after being viciously knocked down in the 12th round.

Now, Fury has insisted that the BBC will be hearing from his lawyers if they attempt to…