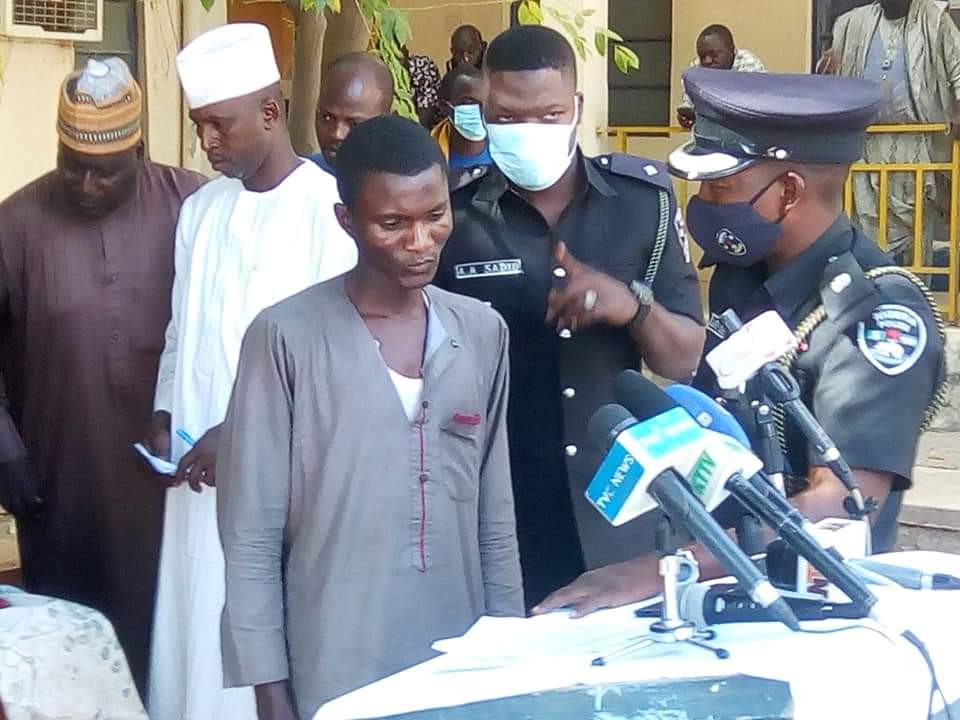 One of the suspected killers of the district head of Yantumaki in Dan musa local government area of Katsina state, has been arrested by the police.

Yusuf Abubakar said they killed Abubakar Atiku in June last year, for pokenosing in their affairs.

The suspect who was paraded at the State Command headquarters on Tuesday afternoon, said;

“I am one of those who killed the traditional ruler. We killed him because he had identified one of us and was trying to ensure the arrest of Shamsu. He knew Shamsu and knew that he was an armed robber.

“When we found out that he was trying desperately to arrest and hand over Shamsu to the police, we decided to kill him.

“It was Shamsu himself who shot the monarch when we stormed his palace while some of us continued to shoot to cause confusion in the town. We also killed the district head’s security guard.”

When asked where his alleged conspirators are, Abdullahi said they have relocated into the bush. He mentioned…