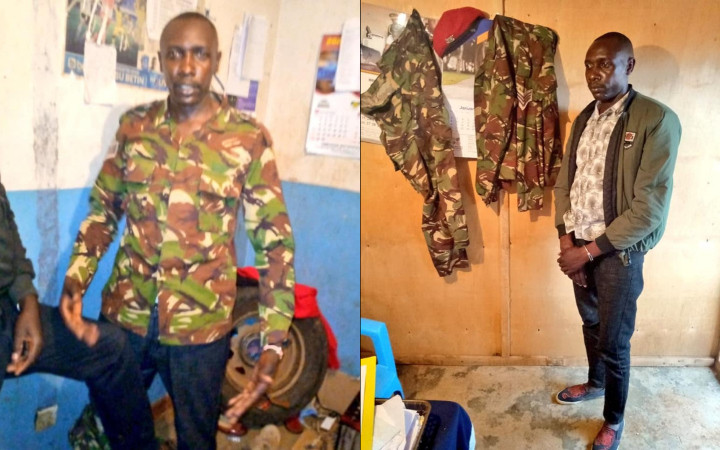 A 27-year-old Kenyan man, George Onderi has been arrested after storming Suneka Police Station Report Office, while pretending to be a Military Police Sergeant.

The man who arrived the police station around 9pm, drove a Toyota Belta car, declined effort to identify himself to Deputy OCS and proceeded to the station building.

He was said to have confronted Constable Mary Maina while wearing an inappropriate jungle uniform. Onderi “violently” assaulted the female cop, promoting instantaneous intervention by her workmates.

The suspect was immediately arrested after he failed to identify himself, and he is now being held at the station waiting for a full investigation from the DCI officers.

A statement released by the Kenyan police read;