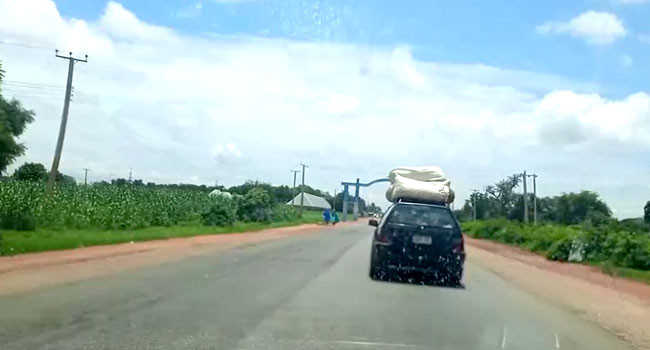 A major highway in Zamfara state was blocked by bandits for at least five straight days.

Channels Television reported that the highway which links three local government areas Shinkafi, Moriki (in Zurmi), and Kaura-Namoda, left travellers in fear after the armed men were reported to have killed six motorists.

Sources told the news channel that the bandits blocked the road to protest the closure of the cattle market in Shinkafi LGA. They also reportedly abducted many passengers and set several vehicles on fire.

Police authorities in Zamfara confirmed the incidents, but said Shinkafi–Moriki–Kaura-Namoda Road has since been cleared and is safe for use.

An Indigene of Shinkafi, Aliyu Guraguri told Channels Television that the bandits were angry due to the closure of the cattle market and vowed that nobody would have access to other markets in the LGA having cut off the area from Kaura-Namoda and Gusau, the state capital.